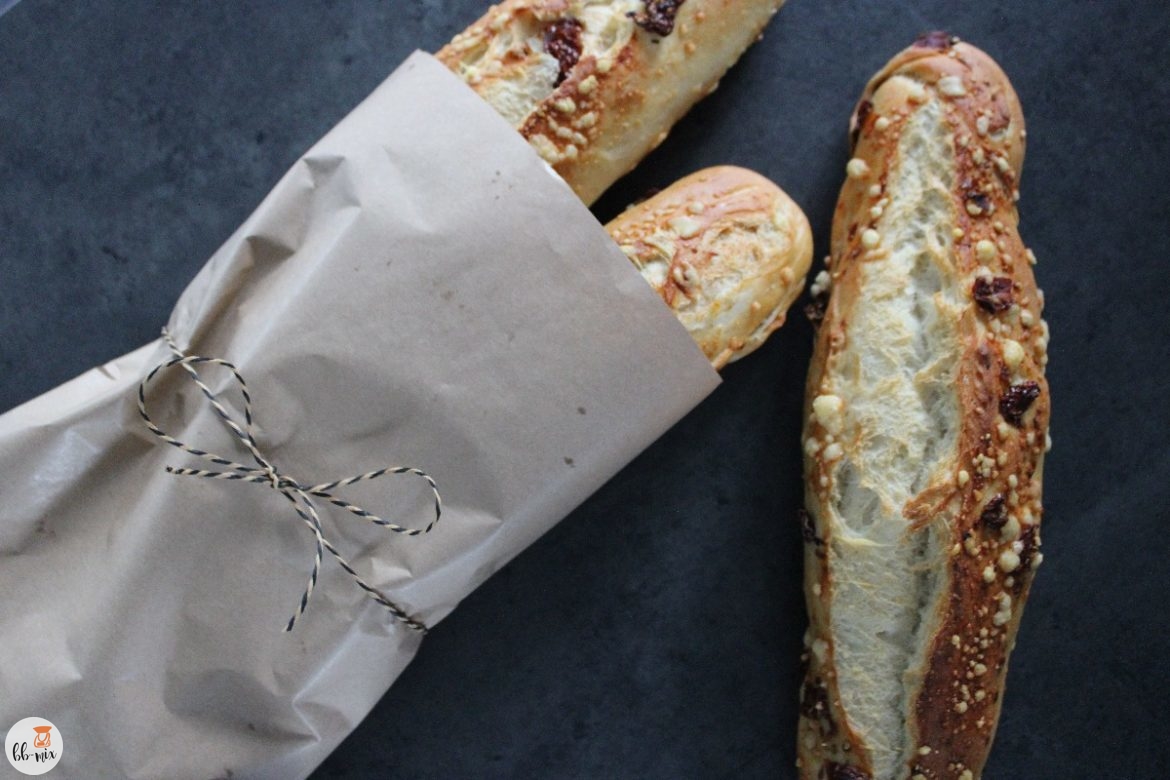 The French classic baguette is easy to make yourself. Here is the recipe.

A nice crust on the outside, airy and soft on the inside. In this recipe we will show you three variations: one very classic, dried tomatoes with parmesan and baguette with onion.

A little hint:
You can also finish baking the baguettes, freeze them and then bake them in the oven if necessary.

Put the parmesan in the mixing bowl, chop for 10 seconds/speed 10, transfer and set aside.

Chop the dried tomatoes in a mixing bowl for 10 seconds/speed 5, then transfer and set aside.

Put the onion in the mixing bowl and chop for 5 seconds/speed 5, transfer and set aside.

Heat the water and yeast in a mixing bowl for 2 minutes/37°C/speed 2.

Add spelled flour and salt, use Interval/Knead function for 3 minutes to form a dough.

Let the dough rest until the volume has doubled.

After the resting time, shape the dough into three balls of the same size and process a little with flour so that it no longer sticks.

Score the baguette diagonally with a sharp knife and sprinkle with water. Sprinkle the parmesan on the baguette with the dried tomatoes, cover the baguettes with a cloth and let rest for about 15-20 minutes.
During this time, heat up the oven to 250°C top/bottom heat.

After the resting time, put the baguette baking tray into the oven and bake on the middle shelf for about 20 minutes. Place a fireproof bowl of water on the bottom of the oven.

After the baking time, let the baguettes cool in the oven. Open the door slightly.

Did You Make This Recipe?
How you went with our recipes? Tag us on Instagram at @bbmixnet.
french kitchentomato
0 comment
0
FacebookTwitterPinterestLinkedinTumblrWhatsappTelegramEmail
previous recipe

Börek snails with spinach and feta